Lake Hartwell’s Tugaloo State Park, situated on a scenic wooded peninsula in Franklin County, will once again host the Pro Watercross National tour, according to a statement this morning by Jennifer Handler, CIO of Pro Watercross.

“The Georgia stop on the tour has been a racer favorite since we first came to Lake Hartwell in 2010, and I am very proud to announce that we have just entered into a three-year partnership with Franklin County,” Handler said. “The mid-summer 2019 tour stop in Georgia will see a return to the Mega Ramp at Tugaloo State Park, and I am looking forward to coming back to this exemplary venue. It is a spectacular site, with a good layout and arrangement for racing, and it is a beautiful location with plenty of nearby attractions for fans and race families.”

“When we heard that Pro Watercross’ arrangement with Hart County was coming to an end, we started talking about pulling the event back to Franklin County,” said Franklin County Chamber of Commerce Executive Director Tonya Powers. “When we look at larger Georgia events in terms of tourism, this is a great event for our purposes, so we jumped on that opportunity and are very happy to have Pro Watercross coming back to Tugaloo State Park.”

Tugaloo State Park’s six-lane mega ramp has made the park a popular site for large fishing tournaments, as well as recreational boating, and the ample parking and easy launch access also make it a perfect site for watercross racing, Handler said, adding that the Hartwell stop on the tour, regardless of the specific location, has always been well-attended, both in terms of participants, and fans.

“The economic impact - what this event does for Franklin County - is huge,” Powers said. “The money that comes into the county, the boost for downtown, for shopping, for hotels and restaurants - it is a major impact, and we would obviously like to see that grow even more over the coming three years.”

Pro Watercross will release the dates for the Hartwell race, along with the complete schedule for the 7-stop 2019 tour, in an announcement coming soon, Handler said.“We are finalizing the last details for the 2019 tour, and will have an announcement of all the stops and the schedule soon,” she said.

Handler and the Pro Watercross staff have had a busy off-season, working on completing plans for new Pro Watercross Rec Tours on both the east coast and the west coast, as well as implementing some exciting changes to the PWX tour, with additional stops and some new race classes.

“There are a lot of exciting changes and new components to our tour in next year, and we want to make sure everything is in place and set to go before we make that announcement, but I promise you, the 2019 Tour is going to be worth the wait; 2019 is going to be a banner year for Pro Watercross, and for the PWC community as a whole.” 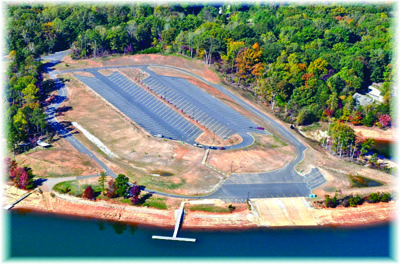 LIQUI-MOLY AS TITLE SPONSOR OF THE PWX NATIONAL TOUR